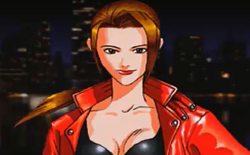 Mace Daniels is a playable character in the original Fighting Force game.

Snapper has contacted a rough and ready Private Investigator who is well known for her dealings with the city's underbelly. Mace has a taste for blood as well as desire. She likes to tease and taunts a person before taking them out.

Mace Daniels has heard of Dr. Zeng through Snapper and can't believe what she hears. She never thought of Dr. Zeng as dangerous, but then she thinks about how she really hasn't paid any attention to him.

She believes the freaked-out Snapper and sees this as an opportunity to get some of the things she loves the most, danger, fame, and fortune.

Mace is beautiful, she's not brash, loud, or annoying. She would purr to her assailant rather than say, "Hey punk!" Mace is a woman aware of her sexual magnetism. Yet, she couldn't care less about men. She is always being pursued without giving anyone the time of day.

This, coupled with her array of martial arts and weaponry skills, make her a fighter who is the envy of men and women alike.

Mace first goes to Hawk Manson to ask for his help to take down Dr. Zeng. After getting his okay, she goes to Alana McKendrick and asks for her help to take Dr. Zeng down. 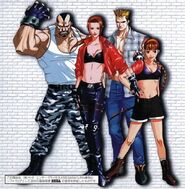 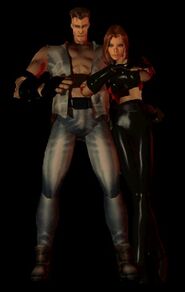 Add a photo to this gallery
Retrieved from "https://fightingforce.fandom.com/wiki/Mace_Daniels?oldid=4248"
Community content is available under CC-BY-SA unless otherwise noted.