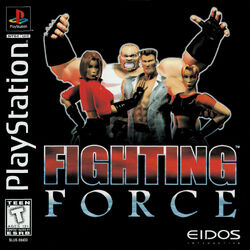 Fighting Force is a 1997 3D beat 'em up developed by Eidos. It was released for PlayStation, Microsoft Windows, and Nintendo 64.

The game was originally devised by Core Design as Streets of Rage 4 to be published by Sega exclusively for the Sega Saturn. Sega pulled the Streets of Rage name during development after a disagreement with Core about porting it to rival formats.

Fighting Force is part of the 'beat 'em up' genre. Players control one of four characters. They move through urban and science fiction environments, battling waves of oncoming enemies with weapons ranging from fists and bottles to knives, chairs, and guns. The player can make some choices as to which territory to travel through.

The four characters have various reasons for taking on Dr. Zeng, a criminal mastermind with an army at his command. The action starts with a police cordon around Zeng's office skyscraper, moving to such locales as a shopping mall, subway and Coast Guard base before finally ending at the top of Zeng's island headquarters.

The player or players can choose from a selection of four characters. The playable characters are Hawk Manson (age 26), Mace Daniels (age 21), Ben "Smasher" Jackson (age 29), and Alana McKendrick (age 17). Hawk Manson and Mace Daniels are two all-around characters. Hawk is somewhat stronger than Mace who is, in turn, faster than Hawk. Ben "Smasher" Jackson is a large and slow bruiser capable of lifting and throwing the engines of cars at enemies. Alana McKendrick is a fast but soft-hitting teenager with an effective jump-kick.

All four characters have a special move that can be performed with the loss of a portion of health.

A Nintendo 64 version of the game titled Fighting Force 64 and published by Crave Entertainment was released in North America and Europe in 1999. Differences include partially improved graphics[4] and changes in the available number of player lives.

A Sega Saturn version was still developed and eventually completed after the Streets of Rage 4 pull-out but it was never released because of publishing issues with Eidos first and with Sega Europe later, the latter securing publishing rights of the Sega Saturn version after Eidos dismissed them and starting to release it in Europe in November 1997, a release that never happened. An early prototype, with older character designs, was leaked in November 2008.

A sequel, titled Fighting Force 2, was released in 1999 for the PlayStation and Dreamcast. Unlike the first title, Fighting Force 2 focuses on the character of Hawk Manson exclusively, and rewards a more stealthy approach.

A second sequel, Fighting Force 3 was also in development for the GameCube, Xbox and PlayStation 2, but was canceled during development, though a video tech demo of it exists on the internet. 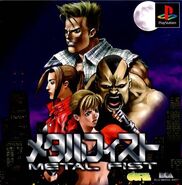 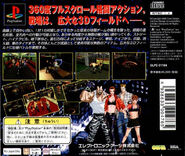 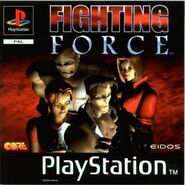 UK Playstation cover
Add a photo to this gallery
Retrieved from "https://fightingforce.fandom.com/wiki/Fighting_Force?oldid=4578"
Community content is available under CC-BY-SA unless otherwise noted.